Everyone wants to engage in the fun at some point in time. If you like festivals then you cannot miss the Afro culture festivals which are the most loved in Africa. Afro Cultural Festival is that the American or black people make a lot of preparations for it. The gatherings at these festivals are huge as lots of people accumulate from all parts of the world to participate in it. The festival is all about unity, coming together, sharing, and spirituality and about the growth of Africans.

The people can witness the history of the culture of the Africans at its best. The festival will promote musicians, storytellers, dancers, chefs, playwrights, authors, artists, actors, and many more. Apart from that it also includes several vendors and a variety of authentic African food that transports visitors to Africa. The food will include different flavors for everybody who will attend these festivals. Everyone can expect some or the other thing as the festival has incorporated something for everyone who would come to attend the festival.

It will have an array of different music, dance, art, and cultural performances. This event will be a fun-filled affair where you can bring your family and friends as well. You will be presented with non-stop entertainment that will include iconic drumming of Africa, artists performing in traditional costumes, Cultural programs that will create everlasting memories in the minds of the people. Therefore these kinds of events create unique experiences that promote cross-cultural awareness and people start understanding the African and black American culture to its core.

A huge crowd consisting of thousands of people gathers to celebrate the diversity and harmony of African culture and tradition. It breaks barriers and contributes to cultural cohesiveness by bringing together taste, sound, color, smells, and flavors of Africa in one place.

Some of the Most Awaited African festivals (Afro Cultural Festival)

Moroccan magic festival is celebrated in Morocco’s most enchanting city. You need to visit the graceful Jnan Sybil Gardens and the courtyard of Bab Makina Palace to be a part of it. It’s a festival of sacred music that includes Renaissance songs from Italy, African Sufism, Tunisian players, the Soweto Gospel Choir and many more. If you want to be a part of it then you need to book your flights for June.

The Knysna Oyster Festival is celebrated between June and July. It is a celebration of Knysna’s oyster heritage that includes sports as well as food. The main attractions of the sport included in the festivals are a half marathon, two days cycling race, swimming, and scuba diving as well.

In addition to this, there is a lot to explore for food lovers as well. People can enjoy oysters and Wine Mardi Gras wines.  At the same time participate in cooking and shucking competition.

It is an eight-day safari and beach festival on the sandy shore of Lake Malawi. Moreover, people from almost thirty countries visit Malawi Lake to enjoy African music and arts. Western and Malawian bands are the main attractions of the festival. Apart from enjoying the festival also aims to benefit the local communities with their effort. To help the local community workshops, talk shows, theatre, screening of the films and acrobatics are performed at the festival. This festival is celebrated in September so if you want to be a part of it gear up for it.

This festival is celebrated in January in the city of Gonder. People from all parts of the world gather here to experience Timkat which is the Ethiopian Orthodox Tewahedo celebration of Epiphany. During this festival, the people go through an intimate experience in the villages of the Central Highlands. The devotees in these parades carry a model of the Ark of the Covenant to be baptized. The replica of the Ark of the Covenant is sprinkled with sacred water by the priest. The festival is celebrated for two days in which people participate in singing and dancing.

Benin is known for its Ouidah Voodoo Festival that is celebrated in January. This fascinating festival attracts a large number of people to Benin to witness unusual religious rites. However, It is something that goes back to their culture where the Believers are absorbed by rites and rituals around the voodoo temples. They also perform dances and trances, fetishes and sacrifices to make their deity happy. This offers a unique cultural experience to the people and becomes the center of attraction for the people.

This festival lasts for 12 days. This festival is a very private affair in which the public is allowed on the sixth and the seventh day. It is celebrated between August and September. It takes place in Swaziland. During this private affair, the Umhlanga Reed Dance is performed in which forty thousand collects reeds and presents it in front of the queen mother. They also dance and sing songs in the honor of the Queen’s mother in their traditional dress. On the last day, the king also attends the festival but during the whole festival, it is strictly prohibited to take photographs.

A beautiful festival that celebrates the marine life of Africa. It is celebrated in September. During the festival films, interactive exhibitions, and ocean-themed adventures are presented that are accompanied by music, seafood, and many parades on the roads. This festival is celebrated when the southern right whales return to Walker Bay. This indicates the arrival of spring. The people from other parts of the country and the people of Hermanus welcome them at the Hermanus Whale Festival.

These black cultural events promote the tradition and culture of the people of Africa and black Americans. Therefore they keep their heritage alive by actively participating in these festivals and make it a success by spreading it worldwide. 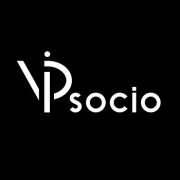 Top 6 Unique Gifts to Your Partner

Who is the best tailor for dress alterations, Custom suit stitching and online tailoring services in San Diego?